Some people already know this, it was mentioned at Minecon 2013. But I was asked to help Hypixel with Herobrine 3. I am tasked with some redstone, some boss mechanics and some story building. Those of you who have played my maps before know I enjoy a good story (if sometimes a little convoluted, I’m looking at you Eronev 2) so I am hoping to flesh out the Herobrine legacy a little bit. It’s looking bigger and better than any of the previous Herobrine maps so far so you should definitely be excited.

So while it isn’t specifically a Jigarbov Production, it is what I’m working on next. You’ll be able to play it in the adventure lobby of the Hypixel server when it comes out… when is it coming out? I don’t know. You’ll have to pester Hypixel on twitter @hypixel 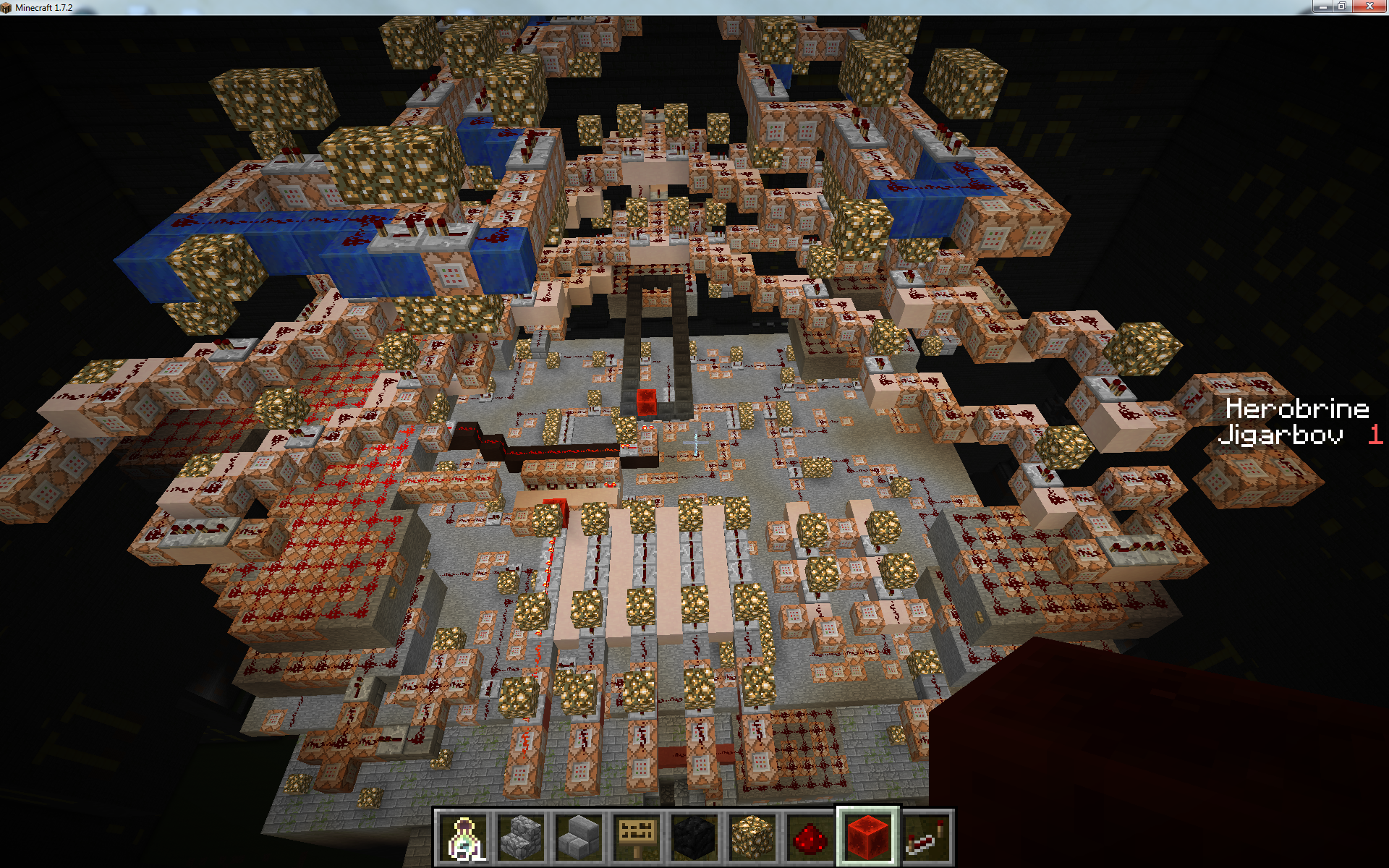 As a little teaser, here is the redstone for the first boss that I worked on. What you can see there is all me, it’s certainly unlike any boss you’ve seen before and I’m really looking forward to watching people play it and enjoy a Herobrine map with a healthy dose of Jigarbov inspiration inside.

What about my own projects? Something might be in the works, but it’s too early to tell if it’s something that will be able to be done yet. It will certainly have to wait until Herobrine 3 is done though. Keep an eye out for it.